The national musical comedy genre was established in the early in 20th century in Azerbaijan.. The founder of this genre, like Opera, is the great composer Uzeyir Hajibayli. The premiere of "Husband and wife” musical comedy written by Uzeyir Hajibayli in 1909 was held in the circus building of Nikitin's brothers on May 24, 1910. This performance laid foundation of Azerbaijan Musical Comedy Theater age. In the following years Uzeyir Hajibayli’s ", "Arshin mal alan" (1913) and "If not that one, then this one” musical comedies were demonstrated too. Also in pre-revolutionary period, Z.Hajibayov's "Young at fifty years old", "Single while married", M. Kazimovski's "Molla Jabi" and "Vurhavur" musical comedies were also played. The actors like H.Arablinski, M.Aliyev, A.Agdamski, A.Huseynzade, H.Abbasov, A. and Y.Olenskaya, R.Darably and A.Anaply played essential roles in these performances.

Musical comedies were played at the Azerbaijan Opera and Ballet Theater till 1938. In 1938, an independent theatre of musical comedy (with Azerbaijan and Russiandepartments) was organized and acquired official status of "Azerbaijan State Theatre of Musical Comedy" in September of the same year. In 1939, in the Azerbaijani section of the theater, "Bride for 5 pound" (S. Rustamov), "Husband and wife", "Single while married” (Z.Hajibayov), and later "Whose wedding?" (A.Mashadibeyov), "Rose” (S.Hajibeyov), in the Russian section "Blue mazur" (F.Lehar), "Arshin mal alan" (U.Hajibayov), "Circus queen" (I.Kalman),” Wedding in Malikovna" (B.Aleksandrov) were shown. In 1950s the repertoire of the theater became rich by the works of F. Amirov's "Heart Thieves" (1944) and "Congratulations " (1946), "Arshin mal alan" (1945) "Mashadi Ibad" (1946) by U.Hajibeyov, S.Rustamov’s "Crane" (1947) and "Ulduz" (1948) opera of S. Alasgarov.


Their role in developing of the theatre and Azerbaijan national cultural cannot be denied. Sh.Gurbanov (dramatist), S. Alasgarov (composer) and B.Mirzazade (artist) were awarded Republic State Prize for "Beggar son of billionaire Father” performance in 1967. Socio-political situation in the Republic in 1985-90, the Karabakh war and longtime construction period had a negative impact on everybody but especially on creative people working here. In 1993 instruction of national leader Heydar Aliyev construction of the building started over. As a result of his special care and attention theatre he visited the theater in construction time and gave valuable advices in 1995.He also participated in opening ceremony of the "art temple” on October 10, 1998. There is no doubt that this gave impetus to the collective that they began to stage new performances and make wealthier the repertoire.

By the disposal of Azerbaijan president-Ilham Aliyev in 2010, the building of Azerbaijan State National Musical and Comedy Theatre reconstructed during 2011-2013.

Azerbaijan on March 24, 2014. Now, the repertory is rich and both in the Azerbaijan and Russian sections hardworking, professional artists create new pieces resolutely.

On March 5, 2019, following the further increase of the state theaters and their activities, the Azerbaijan State Musical Theater received "academic" status with the decree of the President of the Republic of Azerbaijan. 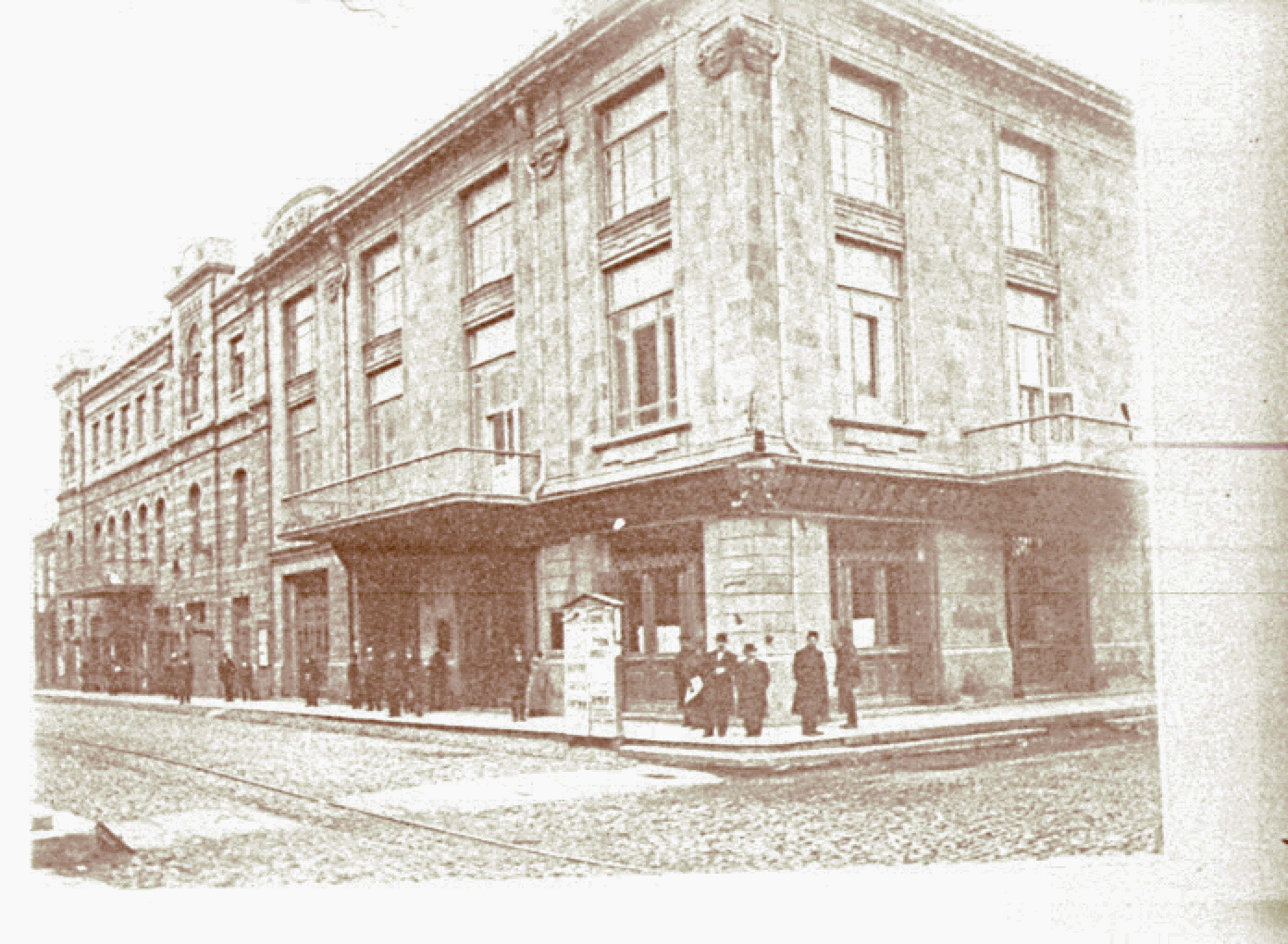